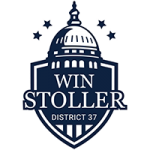 March 9, 2022, marks two years since Governor JB Pritzker issued his first disaster declaration in response to COVID-19, allowing him to impose sweeping emergency powers free of legislative input and oversight. Since then, he has re-issued his disaster declaration approximately every 30 days as a “work around” to the 30-day limit on declared disasters imposed by the Emergency Management Agency Act.

As Illinoisans enter the third year living under the Governor’s “emergency,” Senate Republicans continue to advocate for the reining-in of his powers, and have again put forth legislation, Senate Bill 3888, that would require the Governor to get approval from the General Assembly in order to issue any subsequent renewal of emergency powers after the initial 30-day state of emergency declaration.

“In the last two years, Governor Pritzker has issued more than 100 Executive Orders—a milestone that nobody is celebrating. Through those orders and mandates, the Governor single-handedly created chaos, confusion, and devastation to families across Illinois,” said State Senator Jason Plummer (R-Edwardsville). “From school and business shutdowns, to agency dysfunction, the Governor’s go-it-alone approach has failed us all. Our democracy was built on a system of checks and balances to ensure that no one person could exercise too much power. Yet, here we are, two years later, and Governor Pritzker continues to monopolize COVID-19 related decisions for our families, our communities, and our state. This must end. Additionally, those who are willing to blindly allow this to continue are setting a terrible precedent for any future crises that Illinois may face.”

Some of the Governor’s failures throughout the COVID-19 pandemic include:

“These executive orders are symptomatic of a much larger problem, in that Governor Pritzker is either unaware how, or is unwilling to govern his administration within the State’s constitutional democratic process,” said State Senator Donald DeWitte (R-St. Charles). “From his sheer disrespect for the other co-equal branches of government, to a lack of state agency oversight that has caused immeasurable chaos at nearly every turn, Gov. Pritzker and his administration have bungled nearly every element of this pandemic. His incompetence has led to a criminally vulnerable Department of Employment Security, tragedies and mismanagement at the Department of Veterans Affairs, confusion and apathy at the Department of Corrections, and a State Board of Education that has set our state’s education system back years in educating our children. Through the Governor’s unilateral control and lack of leadership, he has failed every resident of this state.”

Recently, the Illinois court system and the bipartisan Joint Committee on Administrative Rules both rebuffed the governor’s abuse of his emergency powers. Senate Bill 3888 has also garnered cosponsors from both sides of the political aisle.

“For nearly two years now, the Governor has used emergency disaster orders and emergency executive powers to completely control the state’s response and handling of the COVID-19 pandemic,” said State Senator Win Stoller (R-Germantown Hills). “It’s time for the Governor to end his go-it-alone approach and relinquish the emergency powers he has held onto so tightly throughout this pandemic. The emergency phase of this pandemic is over. If the Governor refuses to relinquish emergency control now, he owes us answers to two questions. Why not now? And if not now, when?”